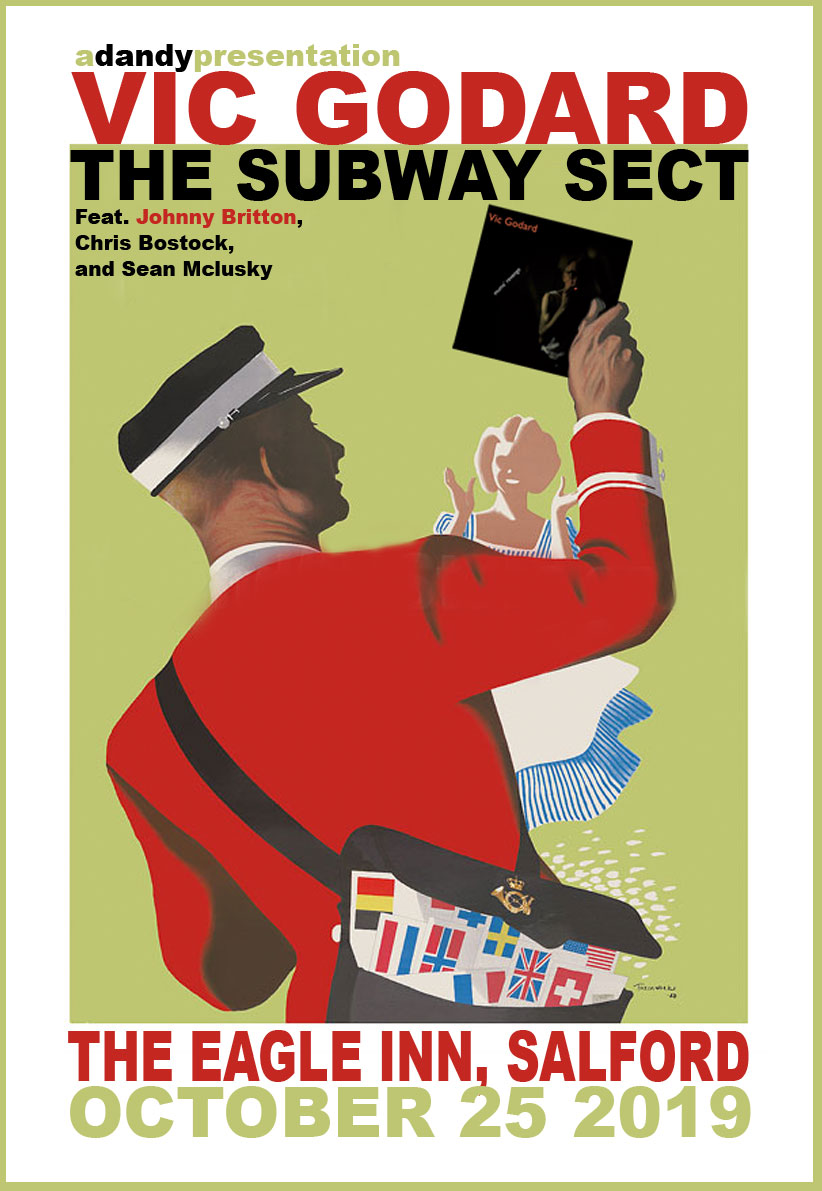 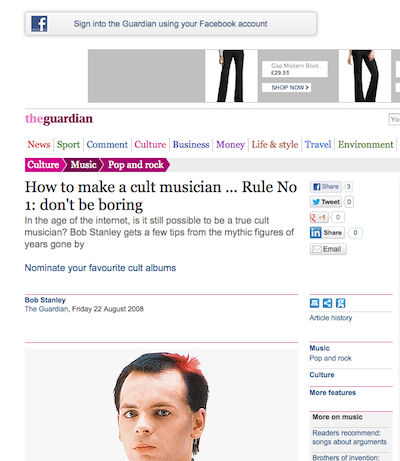 "When you mention Vic Godard, everybody still goes 'who'? Only the real cognoscenti know who he is. I first met him when I was stood outside the Lyceum in Edinburgh. He was playing with Subway Sect, along with the Slits and the Jam, but Subway Sect were my favourites. I asked if I could carry his gear in. I didn't meet him again until 1991 or 1992. Geoff Travis put us together, and I produced Vic's album End of the Surrey People. Paul Cook was his drummer by then, and he was a bit cagy, a bit protective. He thought I was taking the piss."

See the original Bob Stanley article in The Guardian here.